Púca Of Ennistymon To Be Relocated

Following extensive consultation with Elected Members and the local community, Clare County Council has confirmed it will not be proceeding with a proposal to erect the Púca of Ennistymon artwork in the North Clare town. 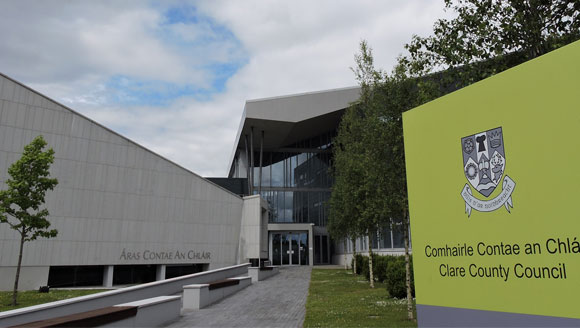 The public art sculpture, which is inspired by Irish folklore and the locality’s equine heritage, will instead be offered to other North Clare towns, villages and community operated tourism sites through an Expressions of Interest process to be announced shortly.

The Púca was commissioned in early 2021 having been among 18 submissions received following the advertising of an artist’s brief. The artwork forms part of a significant capital project investment to increase visitor dwell time in Ennistymon and further enhance the overall appearance of the town. Fáilte Ireland allocated €500,000 towards the now nearly completed capital project under the Destination Towns Programme, with the Local Authority providing an additional 25% match funding.

Following representations by Elected Members and the local community, Clare County Council undertook a survey in November 2021 to garner local opinion on the artwork and its proposed location. More than 720 survey responses were received by the local authority with 43.6% of respondents saying they ‘Really disliked’ the artwork compared to 34.3% who ‘Really liked’ it. While many disliked both the artwork itself and its proposed location in the town, a proportion of submissions were divided between the two.

In a meeting with Elected Members today, Clare County Council confirmed it would not be proceeding with plans to install the artwork in Ennistymon.

The Local Authority has proposed to relocate the art piece within the North Clare Electoral Area and that expressions of interest will shortly be invited from community groups with a link to tourism. Meanwhile, it has also been proposed that a new art piece for the Ennistymon project will be developed through a full public consultation process.