Clare County Council confirmed today that the Michael Cusack Centre, situated in the heart of the Burren, has been selected as the new home of the Púca. 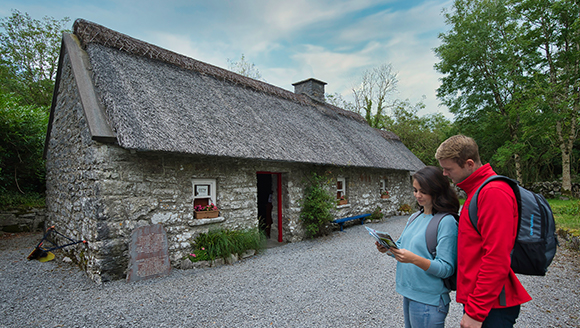 Inspired by Irish folklore and the locality’s equine heritage, the 2m-tall bronze art piece was originally commissioned by the Local Authority in 2021 as part of a significant capital project investment to increase visitor dwell time in Ennistymon and further enhance the overall appearance of the town. Following extensive consultation with Elected Members and the local community, a public survey on the Púca and its proposed location influenced the decision to relocate the artwork elsewhere in North Clare through an Expression of Interest process held in early 2022. 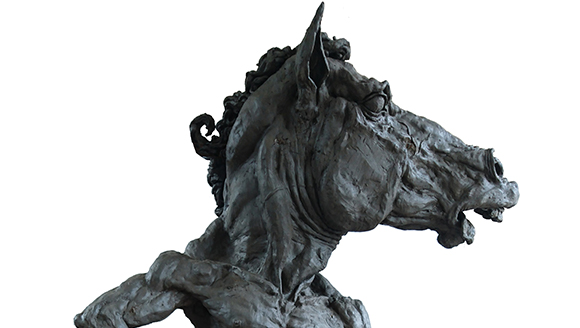 Two applications from Michael Cusack Centre, Carron and Ballyvaughan Community Development Group were subject to an adjudication process in which representatives of both groups presented their case for hosting the artwork to an independent panel of judges.

The judges noted in their citation: “While both applicants put forward compelling arguments for hosting the sculpture, the operators of the Michael Cusack Centre demonstrated how there would be mutual added value to both the installation and the community-run visitor attraction, the location of which was historically named ‘Poll a Phúca’.”

“Michael Cusack Centre demonstrated compatibility to bringing the Púca to its natural home, confirming the interpretative element and story that will be told through the development of an educational aspect to the visitor attraction providing information on the Irish tradition and folklore collection of the Púca,” added the judges. “There is also a proposal from the Michael Cusack Centre to host an annual Samhain/Púca Storytelling Festival on November 1st to celebrate new beginnings and possibilities with a programme of events ranging from the academic to children’s art.”

Commenting on the Ballyvaughan Community Development application to host the artwork, the judges stated: “The proposed location of the statue on community-owned land just outside the village of Ballyvaughan also scored highly. To locate the Púca within this location however, would be premature due to its position off a regional road and the lack of adequate pedestrian access to and lighting around the site.”

The Púca is one of Irish Folklore’s great characters. Douglas Hyde, the first President of Ireland (1938-45), described a “terrible steed” carrying mortals to fairyland on his back. Irish artists from Lady Wilde to Flann O’Brien have constantly reinvented this shapeshifting trickster.

“The Burren was always a hideout for renegades and outsiders so it’s the perfect haunt for a fairy rogue,” stated Púca creator Aidan Harte.

The artist continued: “After last year’s hullabaloo all Ireland knows the Púca’s troublemaking reputation is well deserved but now at last people can go see The Scare from Clare for themselves. Of course, anyone brave enough to rub the Púca’s toe will have seven years’ luck. And as for the locals who kindly gave my lovely horse a home, they'll have good luck on tap - hospitality is gold to The Good Folk.”

Dónal Ó hAiniféin, Cathaoirleach of the Board of Michael Cusack Centre, commented: “We welcome the decision of the Independent Assessment panel. We are delighted that our bid to host the Púca artwork installation was successful. The Púca will be very welcome to Poll an Phúca in Carron at the Michael Cusack Homestead. Tá áthas an domhain orainn fáilte abhaile go Poll a’ Phúca a chur roimh an píosa ealáine ar leith seo. Táimid cinnte go mbeidh an Púca ar a sháimhín só anseo.”

“We look forward to the installation and the interpretation of the Púca and in creating a new Samhain/Púca Storytelling Festival at the Michael Cusack Centre on November 1st to facilitate a better understanding of the tradition and place of the Púca in Irish Folklore, Heritage and Tradition.   An innovative and inclusive programme of community events will be developed to celebrate the Púca for adults and children alike.”

It is intended that the Púca will be erected at the Michael Cusack Centre in Carron next month (June).