Ennis has maintained the highest cleanliness level in the most recent Irish Business Against Litter (IBAL) nationwide litter survey, with eight out of 10 sites surveyed in the town being awarded Grade A status. Ennis is among only four towns to be deemed “Cleaner than European Norms”. 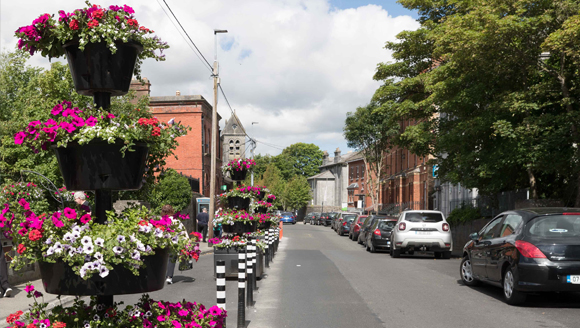 This is the second nationwide litter survey by business group IBAL since the Covid-19 pandemic. It reveals a continued rise in litter levels across the country, with further increases in personal protective equipment (PPE) and coffee cup litter, in particular. The increase has been partly attributed to the general public having spent more time than ever out of doors.

The survey, which was carried out by An Taisce, noted that it was a “typically strong performance by Ennis”. Sites deemed to be of grade A status included the street level car park at Dunnes Stores, Ennis Recycling Centre, Ennis Friary and the Quin Road approach. The An Taisce report noted that, in relation to Tim Smythe Park, “all aspects of this extensive park environment were in very good order.” The pedestrianisation of Abbey Street was acknowledged as “creating an enhanced shopping environment”. The pedestrianisation of O’Connell Street “looked well and was enhanced by colourful outdoor seating”. The R352 from Tulla Road West Roundabout was described as “a very freshly presented route, creating a positive first impression of Ennis”.

Overall, Ennis was ranked third out of 37 towns and cities in the 2020 IBAL Anti-Litter League – Final Result, a rise of three places in the rankings for the county town since the previous survey.

The sites inspected by An Taisce in Ennis were awarded the following grades:

The Mayor of Ennis, Cllr Paul Murphy, in acknowledging the results of the IBAL survey, said: “I am delighted to see Ennis once again achieve best in class for litter cleanliness, particularly given the increase in the numbers enjoying recreational activities outdoors. This success can be attributed to the hard work and dedication of our volunteers in community groups, especially Ennis Tidy Towns, as well as Council staff.” Cllr Murphy acknowledged and supported the positive comments regarding the presentation of the sites inspected.

Carmel Kirby, Director of Services, Physical Development Directorate, Clare County Council, said: “Maintaining the highest level in the IBAL nationwide litter survey is not an easy feat to accomplish, and huge credit goes to all who contribute to maintaining the town’s cleanliness. It is through this dedication that we can all enjoy and take pride in our county town.”

Cormac McCarthy, Chairman, Ennis Tidy Towns, said: “Ennis Tidy Towns are delighted with the town’s ranking in the 2020 IBAL Anti-Litter League. Litter management in the town is a concerted effort not only by Tidy Towns volunteers but by Ennis MD staff and local businesses. The fact that Ennis Town has moved up the rankings is an achievement we can be proud of, and reflects the sustained effort and commitment of everyone involved. New volunteers are always welcome to join Ennis Tidy Towns and help keep Ennis litter-free.”

The survey revealed litter levels had risen in 24 of the 37 towns and cities inspected by An Taisce at the end of 2020, resulting in only 17 being judged to be clean – a fall of over 25 per cent on last summer and in sharp contrast to just three years ago, when 80 per cent were clean.

Set up in 1996, Irish Business Against Litter is an alliance of companies sharing a belief that continued economic prosperity – notably in the areas of tourism, food and direct foreign investment – is contingent on a clean, litter-free environment.

As part of the IBAL Anti-Litter League, An Taisce monitors towns independently and in accordance with international grading standards.