Clare County Council is partnering on a new short film development and production scheme for emerging talent based in Clare, Limerick and Tipperary. 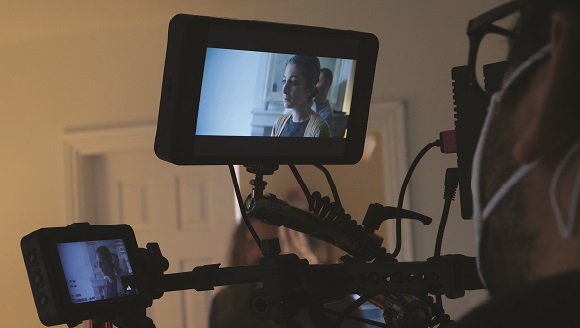 Run by Innovate Limerick through Film in Limerick, ‘Engine Shorts’ is a partnership between the local authority Arts Offices in Clare, Limerick and Tipperary, and Limerick and Clare Education and Training Board (LCETB).

It will also offer the opportunity for emerging local crew to gain real-world experience on funded productions and to receive industry guidance.

Shortlisted teams can avail of training to develop their project ideas and up to six teams will be awarded production funding of €12,500 each to produce a short film.

Engine Shorts aims to become a key mechanism for developing filmmaking talent in the Mid-West, supporting skills and talent development through industry-led training, as well as tailored training and practical experience for crews on commissioned projects.

The six projects will all be filmed in the region, crewed by locally-based talent, and will offer skills training and career development for all those involved.

Speaking about the new initiative, Paul C. Ryan, Regional Film Manager at Film in Limerick, said: “We are thrilled to launch this new scheme that we hope will have a major impact on supporting film talent locally. The scheme will offer industry training and see new productions filmed in Clare, Limerick and Tipperary that will be screened to audiences worldwide. There has never been a better time for emerging film talent in the Mid-West to step up and break into the industry.

“Engine Shorts, as the biggest regional film scheme in the country, will put the spotlight on the next generation of filmmakers and we want to see emerging talent from every part of Clare, Limerick and Tipperary apply and get involved.”

Siobhán Mulcahy, Arts Officer at Clare County Council, said: “We are delighted, with the support of Creative Ireland, to be in a position to support emerging film talent in County Clare, a county that has a strong reputation for attracting film production with our stunning scenery and abundance of film talent.”

Paul Patton, Director of Further Education and Training, LCETB, said: “With the ETB’s significant role in skills-training as well as the socioeconomic and cultural life of the region, we are delighted to continue to support Film in Limerick on this new scheme. It will offer a further opportunity to grow and enhance the production skills base in the region and help to sustain the viability of the area for years to come.”

County Clare has some of the most spectacular scenery in Ireland, offering enormous potential for filming. Clare has long welcomed inward film productions, with ‘The Serpent’s Kiss’ having been filmed in the county in 1997. Since then, it has attracted international blockbusters such as ‘Harry Potter and the Half-Blood Prince’, partly shot at the Cliffs of Moher, and ‘Star Wars: The Last Jedi’, shot in West Clare. The phenomenally well received wildlife series, ‘Ireland’s Deep Atlantic’ was also filmed off the coast of Clare, and many short and pop-up shoots and features on the county’s tourism and food offerings take place monthly, both for national and international screens. Clare County Council has welcomed the strategic development of film in the West and Mid-West region of Ireland over the past number of years and has benefitted significantly through its involvement with the Western Regional Audiovisual Producers (WRAP) fund and Film in Limerick.

The Engine Shorts scheme is now open for writers, directors and producers. Crew looking to work on the commissioned films can also sign up to hear about opportunities to get involved.

Visit engineshorts.com to find out more and to apply.