Ennis has achieved the highest cleanliness level in the most recent Irish Business Against Litter (IBAL) nationwide litter survey, with eight out of 10 sites surveyed in the town being awarded the top litter grade. 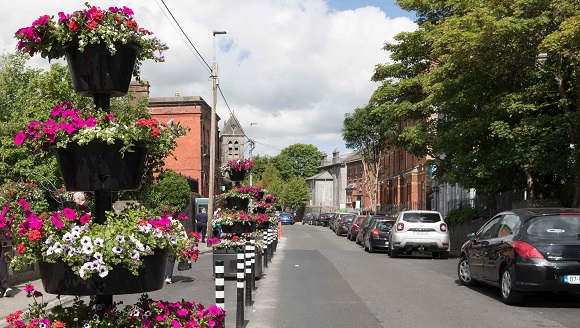 The survey, which was carried out by An Taisce, noted that Ennis “continues to perform very strongly” and found that the town is “cleaner than European norms”.

Examples of the top-ranking sites in Ennis included Abbey Street Car Park, Abbey Street, Tim Smythe Park and Clare County Museum. These sites were not just deemed good with regard to litter but were very well presented and maintained.

The An Taisce report found that “there was a virtual absence of litter at the entrance and immediate surrounding environment” of Clare County Museum, while Abbey Street Car Park was described as “a lovely riverside town centre car park with tree planting, colourful hanging baskets, seating around the IBAL sculpture, visitor information notices and quite an innovative feature for a car park, an ‘Ecofil’ drinking water dispenser. It was excellent with regard to litter.”

Overall, Ennis was ranked sixth out of 40 towns and cities in the 2020 IBAL Anti-Litter League – Round 1. The positive result comes less than a week after Ennis was named the winner in the 14,000+ population category at the Bank of Ireland ‘Begin Together’ Awards, which selected Ennis as Ireland’s most enterprising town in this category.

The sites surveyed by An Taisce in Ennis were given the following grades:

The Mayor of Ennis, Cllr Paul Murphy, welcomed the results of the IBAL survey and said that the town’s appeal as a place to live, work and visit has been highlighted by its recent successes: “I am very glad to see that Ennis is one of the highest-rated towns for litter cleanliness, and that so many of the sites in the town received an ‘A’ rating. This follows the recent ‘Begin Together’ award, given in recognition of the powerful partnership between businesses, the local authority and the community in Ennis, as well as the town’s vision and its plans for the future. We can all be very proud of these achievements, which are well deserved.”

“It’s a credit to the general public and reflects the strong community spirit that we have in Ennis.”

Cormac McCarthy, Chairman, Ennis Tidy Towns, said: “Ennis Tidy Towns are delighted with the town’s ranking in Round 1 of the 2020 IBAL Anti-Litter League. Litter management in the town is a concerted effort by not only Tidy Towns volunteers but by Ennis MD staff and local businesses. We would warmly welcome new volunteers to join our ranks, such as our local Hope Church congregation, who undertook a dedicated clean-up of the railway station recently. We were delighted to see the railway station improve its ranking to grade A in this survey.”

Carmel Kirby, Director of Services, Physical Development Directorate, Clare County Council, said: “Achieving the highest level in the IBAL nationwide litter survey is testament to the effort and commitment that goes into maintaining the town’s cleanliness. Ennis is a medieval town characterised by charming streetscapes, and its appeal is greatly enhanced by a clean, litter-free environment.”

This was the first nationwide litter survey by IBAL since the Covid-19 crisis. It showed a dramatic fall in the number of towns and cities deemed to be ‘clean’, to its lowest level since 2007. Cities fared particularly badly, with Dublin, Galway and Limerick city centres all losing their clean status. The survey showed personal protective equipment (PPE) litter to be widespread and a rise in the prevalence of cans and glass bottles.

An Taisce deemed 23 towns to be ‘clean’, a fall of over 20 per cent on last year. The number of towns reaching the highest cleanliness level – ‘cleaner than European norms’ – dropped by a quarter, to nine.

Conor Horgan of IBAL said: “In these exceptional times, when councils’ resources are stretched, civic responsibility is called for more than ever. The mantra ‘we’re all in this together’ extends to the proper disposal of waste, not least waste that is prone to contamination. With fewer people available or willing to pick up litter, the message has to be ‘don’t litter in the first place.’”

Set up in 1996, Irish Business Against Litter is an alliance of companies sharing a belief that continued economic prosperity - notably in the areas of tourism, food and direct foreign investment - is contingent on a clean, litter-free environment.